Specialized and the Swedish outdoor apparel brand Fjällräven have announced a new collaborative range of clothing and bags.

Named The Great Nearby, the line will include a broad range of clothing and accessories, from T-shirts to pannier bags (and will eventually even feature a dress and a suit), released in a series of ‘product drops’.

The collaboration taps into Fjällräven’s expertise in sustainable and functional outdoor gear, combined with Specialized’s cycling nous, and is targeted at commuters, utility cyclists and the growing worlds of gravel riding and bikepacking.

“Specialized is known for being on top of podiums and being a performance-minded company, and Fjällräven is known for its sustainability, [by] designing classics and things that last long with hikers,” says Erik Nohlin, industry design leader at Specialized.

“The hiking and biking elements mean that you can be active to a pretty high level but then you can also end up at a table having dinner at the end of the day,” he adds. “That ‘saddle-to-table’ approach is something that we’ve had as an ethos when we’ve designed the whole collection.” 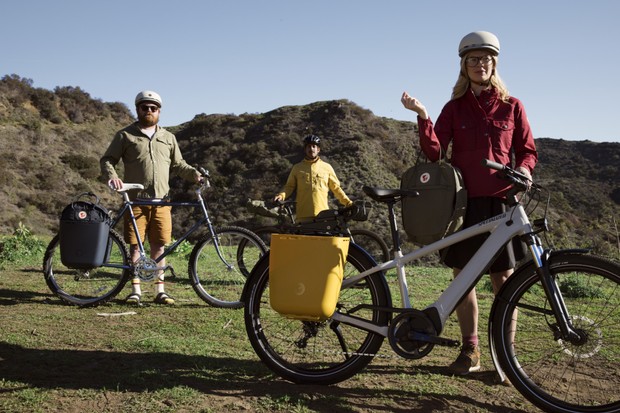 Fjällräven, a Swedish brand with a reputation for fashion-conscious outdoors gear, has joined forces with Specialized in a new collaboration called ‘The Great Nearby’.
Fjällräven X Specialized

The collaboration apparently started two years ago with the goal to create a more inclusive and accessible range of apparel that would appeal to established cyclists and those who are put off by the sport’s racing-focused image.

“You see very athletic people, you see equipment and a lot of Lycra. But this collaboration will be more inclusive. We are lowering the threshold, so I think we can definitely inspire more people to join this movement.”

The name – The Great Nearby – is inspired by the idea that you don’t have to travel far or plan for months to have an adventure.

Instead, it can be moments from your front door – something many will have realised over the last two years during various lockdowns and having to explore closer to home. 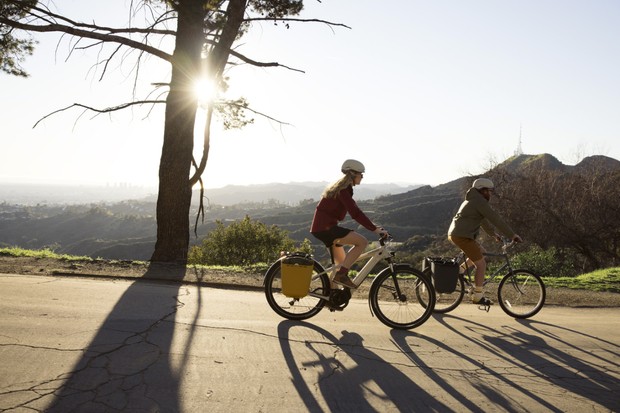 The collection will be released through a series of product drops, starting on 15 March.
Fjällräven X Specialized

The first product drop is to be released on Tuesday 15 March.

The range includes a pull-over anorak intended to be stylish on the front and functional at the back thanks to a dropped hem and fit designed to be comfortable in the saddle.

The ‘Cool Cave’ is likely to appeal to commuters and utility cyclists. As a hard shell, injection-moulded pannier made from recycled PET plastic, it has 19 litres of volume in the main compartment, as well as an additional 8 litres of storage in its fabric top lid.

It comes with a neat tote bag that’s tapered to fit inside the pannier, while there will also be a number of compatible accessories, including a signature Fjällräven backpack.

The second release will then follow on Wednesday 18 May, and focuses more on overnight stays and longer-haul adventures with products such as saddlepacks and a handlebar bottle bag.

Both drops will be available on fjallraven.com, specialized.com and in selected Fjällräven stores.