A new Scott time trial bike, believed to be the Scott Plasma 7, made its WorldTour debut during stage 2 of the 2022 Giro d’Italia.

The front of the bike tapers to a narrow point on the leading edge, and all of the cables and brake hoses are internally routed through the handlebar and into the frame.

It has more than a passing resemblance to many other recently released time-trial bikes, such as the Merida Time Warp TT, Canyon Speedmax CFR Disc TT and Specialized S-Works Shiv TT Disc.

All of these bikes are designed to optimise aerodynamics within the strict technical regulations set by cycling’s world governing body, the UCI, while still being light and nimble enough for the increasingly hilly and technical time trial courses found in WorldTour races. 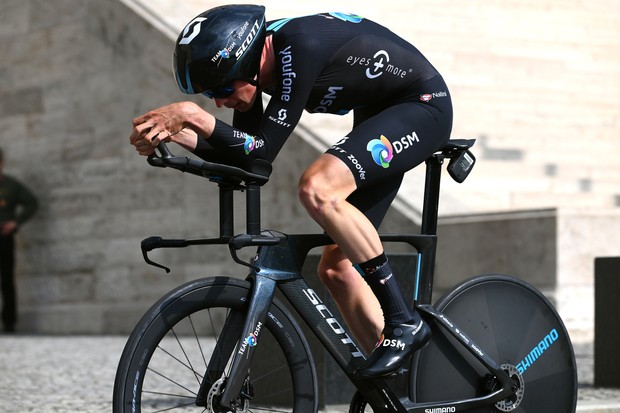 Disc brakes and a new cockpit

The bike also appears to have a highly adjustable integrated cockpit, with carbon aero extensions that can be adjusted for height, angle and length. 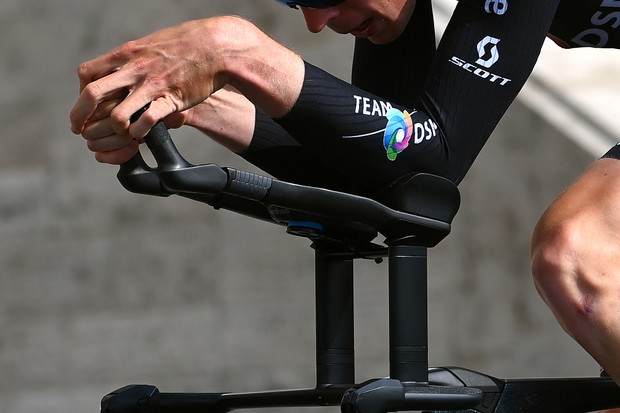 Typically, time-trial specialists have turned to third-party manufacturers, such as Wattshop and AeroCoach, for integrated aero extensions. These can offer ergonomic and aerodynamic performance that surpasses that of standard, round 22.2mm aero extensions.

It looks like Scott has found a way to incorporate at least some of those improvements into its stock design, however, while retaining a wide range of adjustability to suit different riders.

Given previous Scott Plasmas have often used cockpits made by Profile Design, it’s possible this new cockpit is of the same origin. 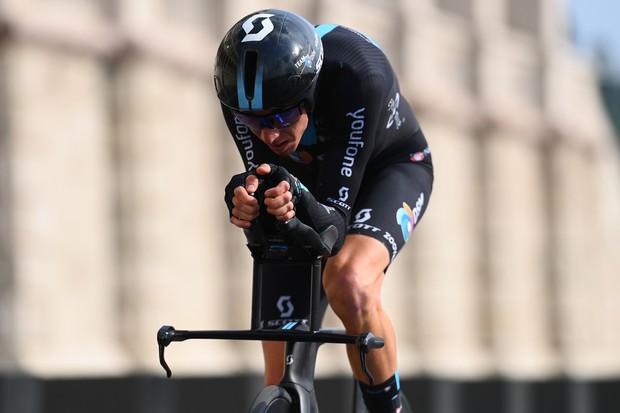 Is this the Scott Plasma 7?

Given the current UCI-legal time trial bike in Scott’s catalogue is the Plasma 5, and that the Plasma 4, Plasma 3, Plasma 2 and original Plasma came before it, we might have reasonably expected this to be the Plasma 6.

The only problem with that logic, however, is that the Scott Plasma 6 already exists, in the form of a non-UCI-legal triathlon bike. 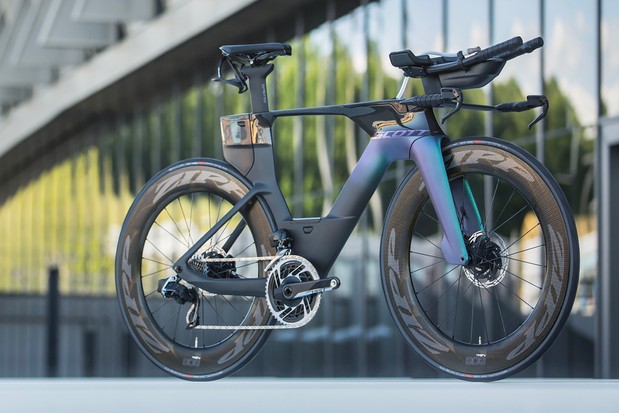 Rather than following other manufacturers and simply adding a ‘TT’ suffix to the name of its UCI-legal TT bike (as Canyon and Specialized did with the Speedmax CFR and S-Works Shiv Disc, respectively), it looks like Scott has simply decided to keep the count going. 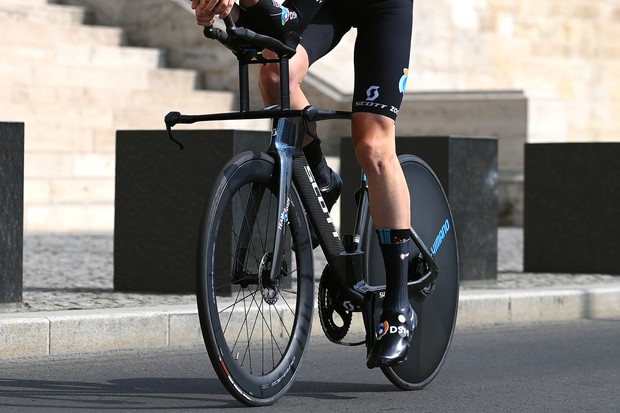 The extensive amount of armrest stack each rider used might suggest Scott doesn’t yet have the new bike available in every size.
Tim de Waele/Getty Images

That only Bardet and Arensman were riding it, and both were riding frames that were – based on the amount of armrest stack added – on the small side for riders of their height, suggests Scott only has a limited number of these framesets available, and not in every size.

Alternatively, given the challenging course profiles of both time trials at the 2022 Giro d’Italia, it’s possible both riders simply opted to ride smaller-than-normal frames in search of marginal weight savings (Bardet was even riding an unpainted frameset – a weight saving trick we often see on dedicated hill climb bikes). 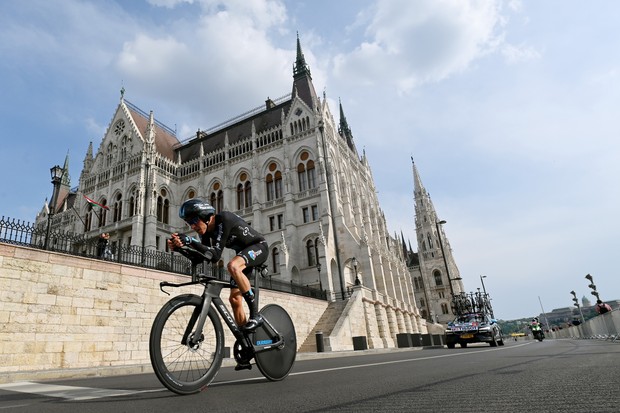 Bardet rode an unpainted version of the new bike, presumably in order to get the bike weight as low as possible.
Stuart Franklin/Getty Images

We contacted Scott to ask for details about this new bike, and will update this article if we receive any new information.