The news train has thundered into BikeRadar Central this week and even the pickiest reader will have found something to sate their appetite from the well-stocked content dining car.

We then saw a more affordable Tern electric cargo bike land. With fuel prices skyrocketing, could the launch of such bikes see many adopt them for urban cargo-carrying duties at a faster pace than before? Öhlins also launched a new short-travel trail fork.

This week’s news round-up closes with the launch of Orbea’s alloy Terra Hydro gravel bikes. We love the look of the top-end yellow build and hope to have a bike in for testing soon.

If that isn’t quite enough for you, this week’s edition of First Look Friday is packed full of the very best fresh tech produce to land at BikeRadar HQ. 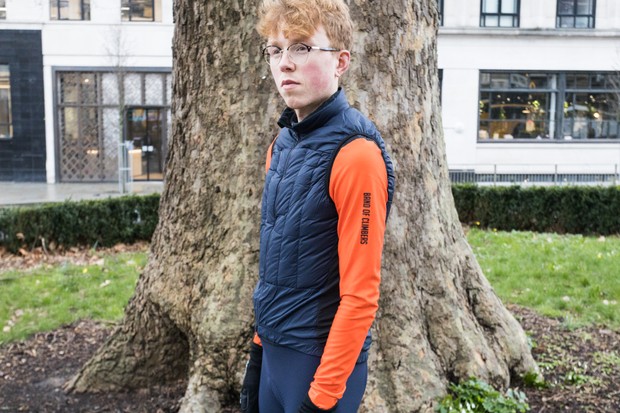 The Alexia is intended as a three-season gilet.

The French brand describes the Alexia as a three-season packable insulated gilet.

That sounds about right because summer is the only time of year I can’t see myself using it.

The insulation comes from a down filing that feels snug on the chest and back. The size medium is a slim fit for me without precluding wearing a long-sleeve baselayer and jersey beneath.

According to Café du Cycliste, the Alexia’s outer shell and lining are made from recycled water-resistant fabric.

Despite its warmth, it easily folds up into a jersey pocket. The large zippable back pocket is a feature more of the best cycling gilets could do with. 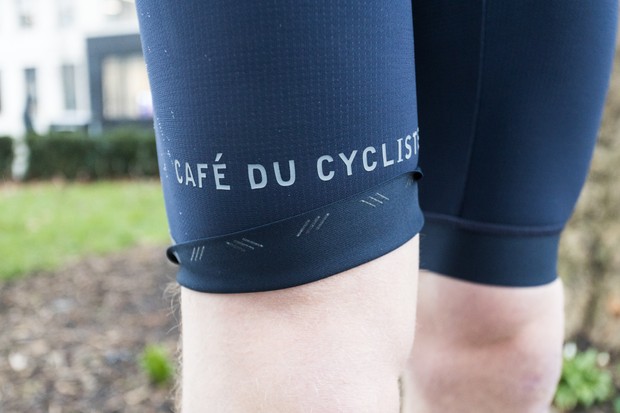 The Adèle shorts’ grippers reach the knee, even on Jack’s long legs.

As a long-limbed rider, I appreciate how the shorts’ grippers reach my knee, rather than mid-thigh, even in size small.

They have numerous reflective patches and a comfortable chamois with well-placed padding.

The material seems warm but not too thick, and Café du Cycliste says the mesh bib panel provides ventilation. 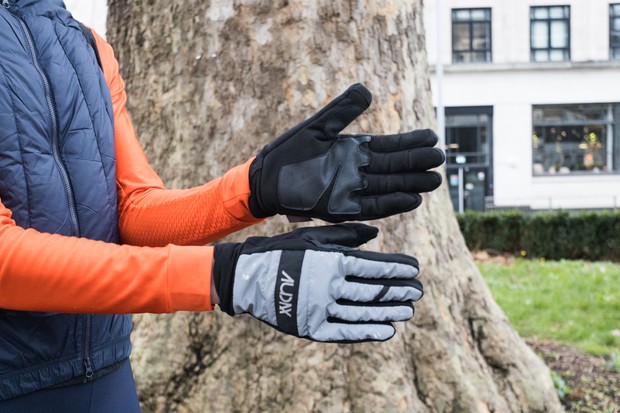 Reflective backs and wind-resistant panels on the Audax gloves.

According to Café du Cycliste, they have a fleece lining and wind-resistant panels, while remaining breathable.

They’re on the bulky side for road/gravel gloves, but don’t seem overly restrictive. 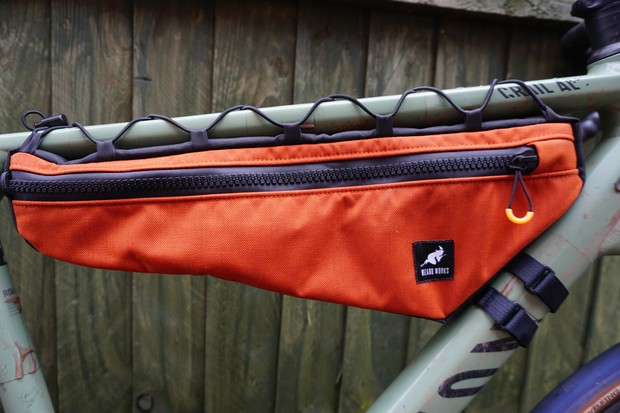 The Framebagracadabra will light up your bikepacking adventures with its vibrant Rust orange colour.

Available in small (1.9l), regular (2.5l) and large (3.5l), the Framebagracadabra is much easier to install than it is to type.

Use the guide on the brand’s website to find the right size for your bike’s frame – a large fits perfectly on my XL Canyon Grail Al 7.0.

You weave the elastic cord around your top tube instead of relying on straps. On other frame bags, I’ve found these can fail when they become wet and muddy.

Wizard Works does, however, supply sturdy Velcro loops for extra security, which I’ve attached to the down tube. 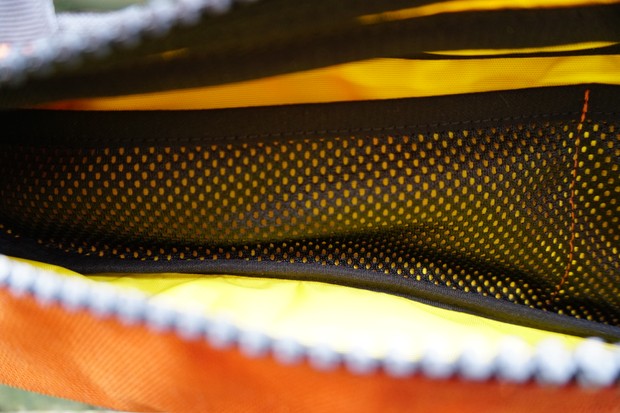 The bag’s lateral zip is made in Italy and Wizard Works says its large gnashers are made from recycled plastic. I can’t yet vouch for its longevity, but it feels hardy. The zip sleeve should stop water from permeating.

Inside the Framebagracadabra, there is a fairly deep main compartment and two mesh pockets for separating tools and spares from snacks, for example. 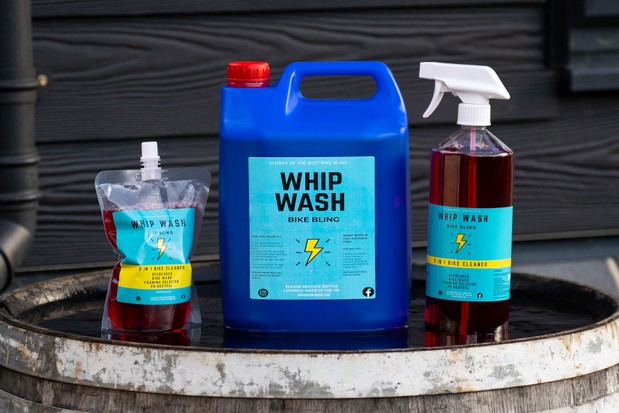 //trim whitespace from li to flag empty items (twig seems to strip out closing if you remove the space…..
[].forEach.call(document.querySelectorAll(‘.monetizer-in-text-link’), function(textLink) {
textLink.innerHTML = textLink.innerHTML.trim();
});
})();

Whip Wash is a new UK-based bike wash brand with a solution to endlessly accumulating different products to clean each bicycle component.

The company claims its 3 in 1 formula means you no longer need to splash your hard-earned cash on more than one product for cleaning chains, frames and brakes. As well as money, this could save space in the shed and time.

The one-litre bottle has a spray nozzle and the solution foams up extremely well straight out of the bottle without adding water.

The Whip Wash solution also seems to lather up without you having to squirt copious amounts, which means you should get plenty of use out of a bottle. 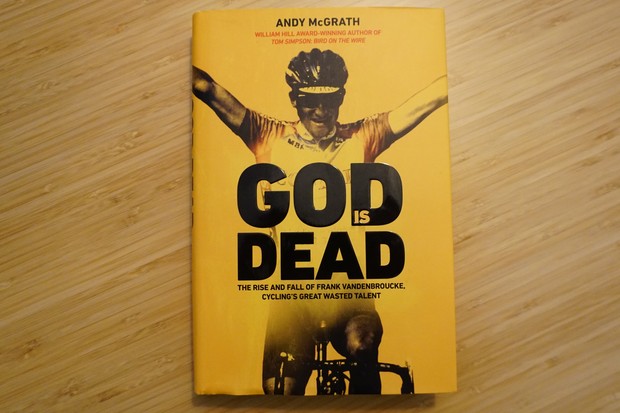 //trim whitespace from li to flag empty items (twig seems to strip out closing if you remove the space…..
[].forEach.call(document.querySelectorAll(‘.monetizer-in-text-link’), function(textLink) {
textLink.innerHTML = textLink.innerHTML.trim();
});
})();

The release of this Frank Vandenbroucke biography by award-winning author and former Rouleur editor Andy McGrath coincides with the start of the spring classics, where the Belgian spectacularly won the 1999 Liège-Bastogne-Liège.

Vandenbroucke’s jaw-dropping performance at La Doyenne, including an infamous big-ring attack on the legendary La Redoute climb, seemed to herald the first of the cocksure prodigy’s many Monument victories.

But as McGrath narrates with insight from family members, friends and teammates, this was the peak of Vandenbroucke’s life and career.

God Is Dead is the story of how Vandenbroucke came to a tragic and mysterious end in a Senegalese hotel room barely 10 years later.

McGrath details how drugs, both performance-enhancing and recreational, alcohol, spats, the burning glare of the media and the rider’s self-destructive side all played their part.

This strikes me as a cautionary tale in an era when riders turn pro far earlier than Vandenbroucke did as a precocious 19-year-old.

I’m looking forward to reading more of this gripping yet harrowing tale.